HOW TO DEAL WITH PROBLEMATIC NEIGHBOURS

If there was a way to extend a day beyond 24 hours, Steve was willing to do it. With only six months to the deadline, he was struggling with the curious case of  writer’s block. His publishers had given him a generous advance and were anticipating the novel of the year.

He needed to get his mind into work mode, so he decided to travel to Coastal city, away from the frenetic pace of Lagos. It was one of his favorite places to decompress and write. It was in Coastal city that the plot of his last bestselling novel came to life.

He would short let a small apartment with a view of the clear blue-green sea, and complete his novel there. He made the arrangements and left for his beloved city.

The first month went by without a glitch. Steve enjoyed the peace and serenity and his story progressed. He wrote for hours, pausing only to eat, sleep, and take long walks on the beach.

Then the Banjos moved in. They were newlyweds on an extended honeymoon, explained Debayo Banjo when they met for drinks in the courtyard.

Funke Banjo brought freshly made croissants to his apartment and invited him to join them for dinner.

The Banjos gave house parties almost every evening, with pangolo music in full blast. The young couple seemed nice, so he did not mind at first. Then, they started leaving empty bottles and trash outside his door. Whenever he complained, the Banjos would feign remorse and promise to clean up. 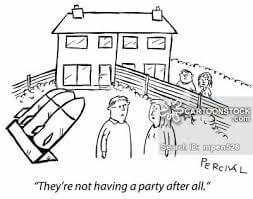 He would put clothes on the drying rack, only to return to find a few items missing. His potted plants disappeared. One time, Debayo forgot to put out a cigarette and set a cushion on fire in the courtyard. Steve’s tolerance dissolved into irritation.

The Banjos failed to pay their half of the electricity bill, so electricity was shut off for two weeks until Steve paid the bills. They left piles of rubbish outside Steve’s door and blasted music constantly. The Steve’s writing suffered as he could not concentrate, and the apartment and its surroundings were left untidy.

One night, an inebriated Funke Banjo rammed her car into Steve’s red Honda. The Banjos did not apologize or offer to cover the cost of fixing the car. That was the final straw. 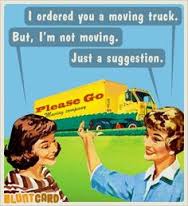 Just as we cannot choose the families we are born into, we cannot pick and choose our neighbours. Sometimes, we are thrown together as a result of our living arrangements and a relationship is created- for better, or for worse.

It is not unusual to have disagreements with neighbours due to differences in habits,beliefs, backgrounds and personalities. However, there are times where a neighbour may exhibit intolerable behaviours that negatively affect the comfort and well being of the neighbourhood.

Steve is one of many people who are forced to deal with neighbours who never seem to get it. To learn how to deal with problematic neighbours, keep reading.

Not what you were expecting, right? To deal with difficult neighbours, one has to pick battles. Forgetting to lock the gate, or take out the garbage bin may just be a simple oversight.  Learn to cut your neighbour some slack on the minor things and do not sweat the small stuff.

#2. Head Off Problems before They are Problems

It is better to put a stop to something in its infancy. When you notice a something that inconveniences you, it is better to bring it to your neighbour’s attention before it becomes a pattern, as a pattern may be more difficult to break.  If Steve had spoken to the Banjos about their excesses at the early stages, it would have been easier for them to tone down their bad habits. Consider rule #1 and call your neighbour to order.

#3. Let the Neighbours Know What is Happening

Do not suffer in silence. Schedule a meeting and tell the offending neighbour how his actions affect you. Remember to speak clearly, but respectfully. Offer solutions where necessary and keep communication lines open.

#4. Check with Other Neighbours

If a neighbour’s actions bother you so much, check with other neighbours to determine if it bothers them too. If it does, chances are that they will side with you, in the event that you proceed to call the errant neighbours to order. It is easier for the entire neighbourhood to address a problematic neighbour than an individual.

#5. Document the Problem You are Facing

It is important to document the problem you are facing, as it serves as proof and avoids a situation where it would be your word against the neighbour’s. Take pictures and keep evidence all the correspondences with the neighbour concerning the disturbances.

#6. Talk to Your Landlord

Speak to your landlord about the disturbances the trouble neighbour causes and how they affect your comfort and well being. The landlord would be in a proper position to address the issue. You may consider this step if the problem persists after you have spoken to the neighbour.

It is advisable to take this option if your well being or safety is threatened, or your neighbours are engaged in illegal practices. You may report to the estate management, local authorities, or the police, stating the problem in clear terms and how it affects you.

Litigation should be the last resort, and this is a good option to take if all else fails. Note that this would cost time, energy and material resources, so you may alternatively resort to alternative dispute mechanisms such as mediation to resolve such issues.

It is important to note that one should deal with the problem itself, and not the neighbour, so one must isolate the issues and deal with them logically. Finally, one must try to maintain a cordial relationship, and try as much as possible to proceed with respect and civility.  Also, the golden rule applies here. Remember to be considerate and act neighbourly.